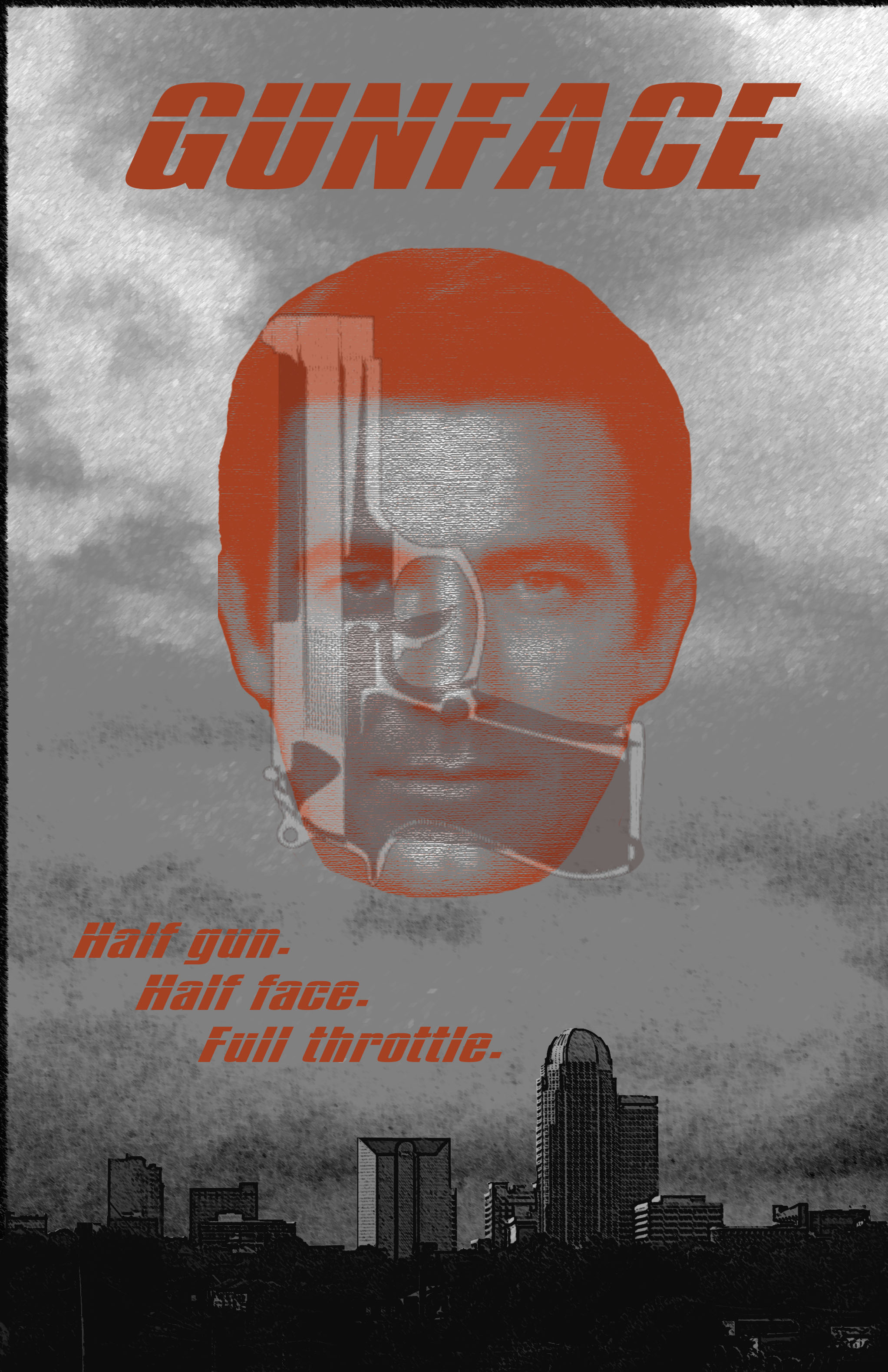 For our final video project in COM 247, I worked with classmates Blake Rutledge and Maddie Stone to produce a parody trailer for Gunface: The Movie. The idea came from a sketch in the Wake Forest comedy troupe The Lilting Banshees‘ latest show, and we thought it would be fun to further send up action movie tropes in a trailer.  Paying homage to the trailers for Man of Steel, Inception, Her, The Girl with the Dragon Tattoo, and American Hustle, we hoped to channel what made them work by overemphasizing their effective strategies.

I helped with shooting and editing the trailer, which is equal parts mocking their banality and celebrating their enduring appeal.

For my first project in COM 310 (advanced media production), we were assigned to take stock footage from SeaWorld and edit it into a story.  My interpretation of that prompt was to take the audio track from the brilliant trailer to The Social Network and find a way to make the visuals both complement and ironically clash with the music and words.  Here is the final product.

We were also assigned to create a “video essay,” taking a pre-existing text or audio track and shooting our own footage that would complement it.  I chose to use one of Peter Finch’s monologues from the 1976 film Network, which have turned out to be rather prophetic in predicting the ills of the modern era.

For my final video in Advanced Media Production, I worked with Emily Nedvidek on a humorous short film called “Support.”  The less you know about it before watching, the better … so I will let the video speak for itself.

As the campaign manager for Chester Bedell’s run for Wake Forest SG President, I commissioned several videos to share through our social media pages. The following playlist contains them all, many of which I wrote and shot myself.

I’ve also ventured into video essay creation, applying my skills in film criticism to a visual medium. This video essay on the film Two Days, One Night received coverage from IndieWire, Filmmaker Magazine and The Film Stage.

This site uses Akismet to reduce spam. Learn how your comment data is processed.